The new concept of a newsstand, a local multi-service delivery center, a focal point for daily proximity shopping, with 23 newsstands already purchased and 13 started.

Evolving the concept of the newsstand, to make it a reference point for Italian neighborhoods once again. At Quotidiana Newsstands you buy the newspaper, do your shopping and find an ever-evolving range of services. Newsstands become places of proximity, where you can shop every day with more than 360 products, find useful personal services (modeled after the "Lulu Dans Ma Rue" network in Paris) and, of course, buy the newspaper. Already 22 newsstands have been purchased in Milan and 1 in Turin.

With the publishing crisis, 3 newsstands a day are closing in Italy (Snag data) and it is estimated that in six years this type of business will no longer exist unless the business model evolves.

A plan is being implemented to save Italy's newsstands, with a model that points to the evolution of large-scale retailing (value in Italy €100bn according to Mediobanca) , which has shifted from investing in large sales areas outside city centers, to focusing on small areas in city centers where you can do your everyday shopping. Examples can be found in Esselunga's La Esse, Carrefour Express, Conad City.

Thanks to industrial partnerships with the Viaggiator Goloso (Finiper Group - Unes brand) and IGPDecaux (JCDecaux Group, which already owns 770 newsstands in France), the sector is being revolutionized by looking to models already validated in France, Switzerland and Spain.

This is a high social impact investment, in the nature of the company, which is a Benefit Society.

Why invest in Quotidiana? Here are those who have already believed in this venture:

Tax breaks of 30% apply on Quotidiana. 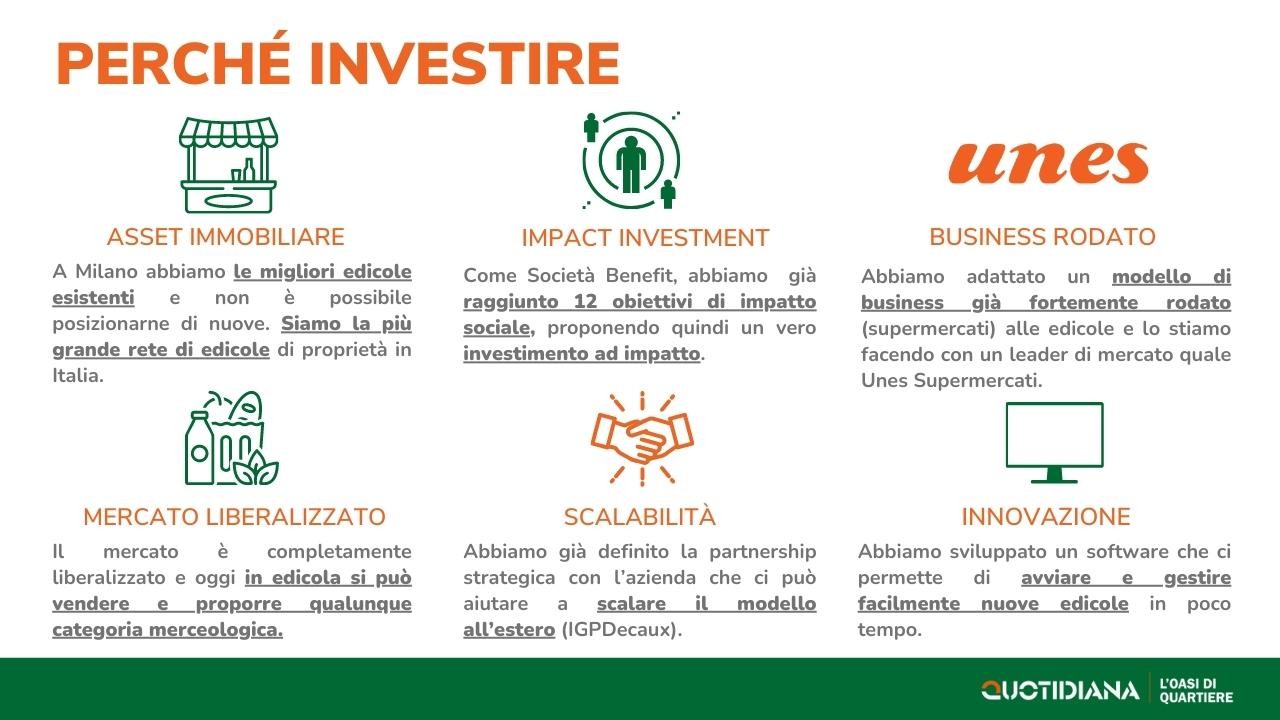