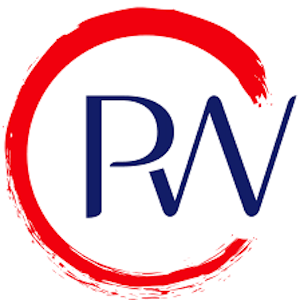 The e-commerce beauty pure player n°1 in Italy, with 2020 turnover of 8M€+ and an exciting growth plan, aimed at listing on the stock exchange within 2 years.

ProfumeriaWeb is the no. 1 pure beauty eCommerce player in Italy.

Founded in 2010, ProfumeriaWeb immediately made a name for itself through its ability to satisfy its customers in the best possible way, receiving numerous awards and prizes, and offering a vast assortment of products, which now includes over 24,000 perfumes, face and body cosmetics, make-up, tanning and hair products.

Since its foundation, ProfumeriaWeb has developed a cumulative turnover of over 40 million euros, with only 1.5 million of capital raised, demonstrating a very efficient use of resources. In 2020, the company will close its accounts with a turnover of more than 8 million and a growing marginality.

A story based on an exceptional team, motivated, enthusiastic and ready to grow in a market that is worth over 12 billion euros in Italy and that is experiencing a period of great ferment and digitalization, with a rapid growth in eCommerce penetration. In this context, Italy plays a role of excellence in production, with over 60% of make-up sold in Europe manufactured in our beautiful country!

ProfumeriaWeb today has a solid community of over 450,000 loyal and profiled people. Thanks to the analysis of customers' purchasing choices and interaction with the community, ProfumeriaWeb has launched its own cosmetics brand, Cobea. A brand that makes the co-design of its products with its customers its essence, and that immediately climbed the sales charts, becoming in just 18 months the second best selling cosmetic brand on ProfumeriaWeb after Collistar.

The campaign on Mamacrowd aims to further strengthen the company's strategy and graft new business aimed at offering additional products and services to the vast number of customers coming from eCommerce:

Thanks to the funds raised, the team will also be strengthened and the technological infrastructure improved. With these activities and the strong start-up already in place, we expect to see significant growth. The campaign is also the first step of a project that aims to lead the company to a listing on the Stock Exchange in the next 2 years: the company is part of the Elite program of Borsa Italiana and is already in contact with a NOMAD in order to plan the path to listing.