Acquisition, renovation and development of the property located in Viale dei Mille 40 in Milan for the construction of 4 Luxury Apartments.

In the renowned Risorgimento area of Milan, at Viale dei Mille 40, just a few steps from Porta Venezia, a building will be constructed consisting of 4 luxury apartments with great charm.

The apartments are of different sizes and will be built to the highest construction standards. The energy and acoustic improvement will favour a reduction in consumption. Each environment will embrace design elements combined with functionality, sophistication and style characterized by:

The deed for the purchase of the building will take place by December 2021 with simultaneous start of the works (duration of about 12 months); starting from January 2022, the marketing of the apartments will begin and they will be sold by January 2023, in line with the liquidation forecast of the vehicle.

Millequaranta - Milano is a real estate crowdfunding operation ofindirect type, where the company Via Dei Mille S.r.l. collects on the portal and, at the end of the campaign, through the resources collected, supports the real estate development project that is carried out by the real estate company Crea.Re Group S.r.l. "sponsor of the project", through an association in participation contract.

Millequaranta - Milan as an associate stipulates with Crea.Re Group S.r.l. an association in participation with capital contribution, against which, at the closing of the project, it obtains the expected remuneration of 10%.

Crea.Re Group S.r.l. is a company founded in 2017 by Andrea Tessitore and Simone Pansa, which promotes and manages real estate operations mainly in the centre of Milan and Turin.

In June 2021 Crea.Re Group S.r.l. assisted Zetland Partner LLP in the completion of the purchase of the Palazzo Gran Torino by the Gran Torino fund, managed by Finint SGR. The approximately 17,000 sqm building is located in the historic centre of Turin and was purchased for over €50 million. 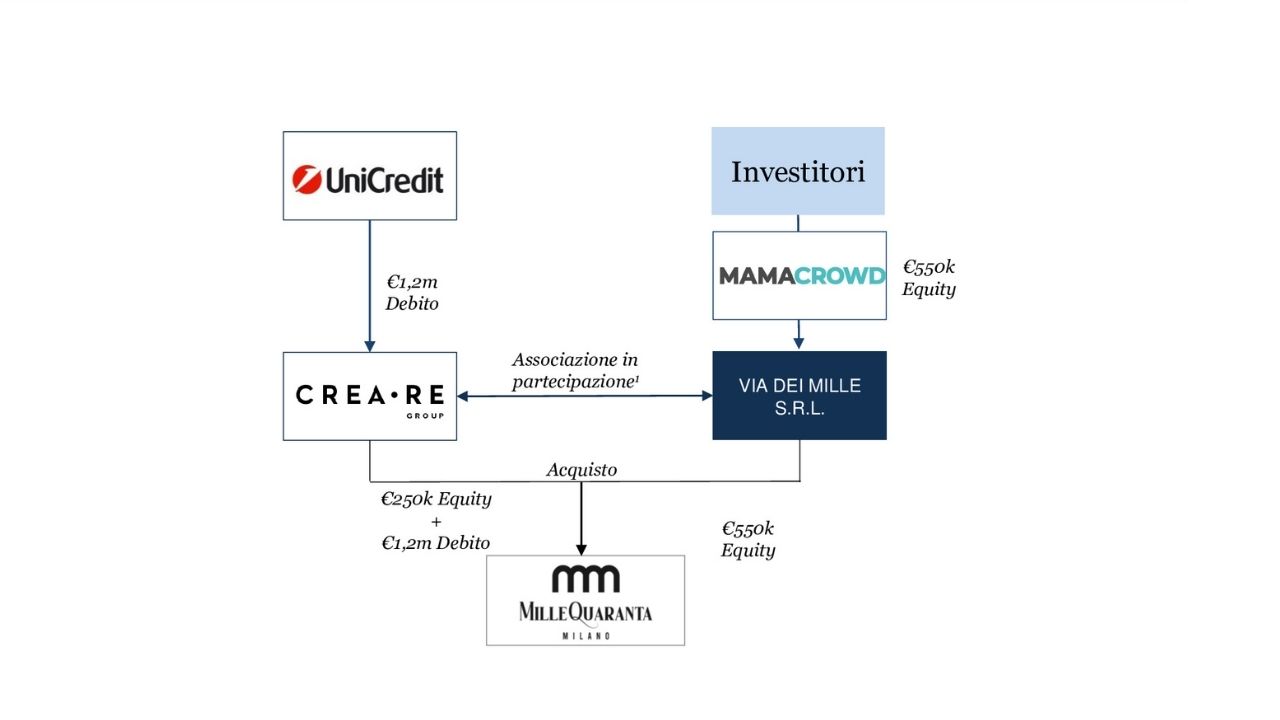