The worldwide trend in digital karaoke. Leader in Windows 10 and Xbox One app stores, 1M+ downloads and 2M+ interactions.

Karaoke One is the international platform that brings the global trend of video-music entertainment to mobile.
In less than a year it has launched the product in the iOS, Android, Windows 10 and Xbox One stores, (in the last two it is already a leader) with +300% revenue compared to 2016, 1 million downloads and is available in 12 languages.

B2B is also already validated with big companies such as TIM, Microsoft, Sky and DigitalGo, a company specialized in digital services and solutions focused on mobile, in particular entertainment products, which has commercial agreements with numerous telcos in Europe and Latin America.
The model is ready to scale with new agreements with phone companies in Russia, Turkey, Mexico, Spain and Italy.

The project has a strongly international vision: 81% of users in fact come from the United States, South America, Europe, Australia and Asia. Its community has generated 2 million interactions and 4 million content views.

It has already received funding from institutional investors and business angels and the product has been developed with technical partners such as Amazon, Intel and Facebook.
Karaoke One is the ideal solution for mobile trends in the advertising world that are looking for digital solutions with hyper-targeted users and responds to the growing demand of telephone companies to find new solutions to include in their commercial plans and pursue the objective of intercepting new targets.

The company has a clear vision: to innovate entertainment, driving the world of music performance consumption from TV formats such as X Factor and The Voice towards a mobile ecosystem that is personally accessible by everyone around the world.

The team is international, with heterogeneous expertise in the world of apps, technology and music and, in total, over 40 years of experience.

It is flanked and supported by advisors and serial entrepreneurs who have exits and listings on international public markets behind them and who certify our business idea. 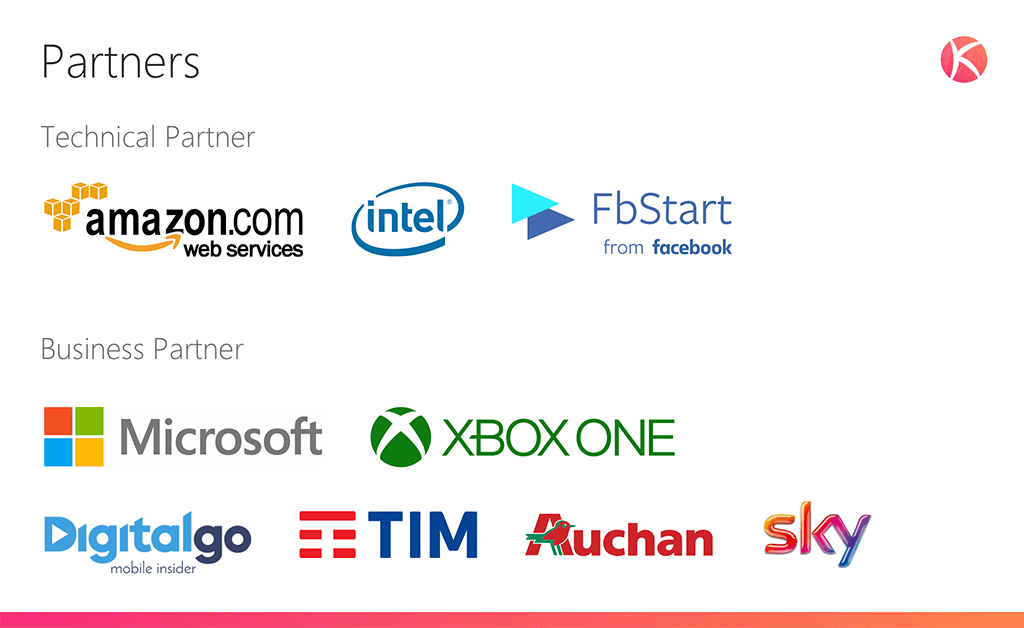