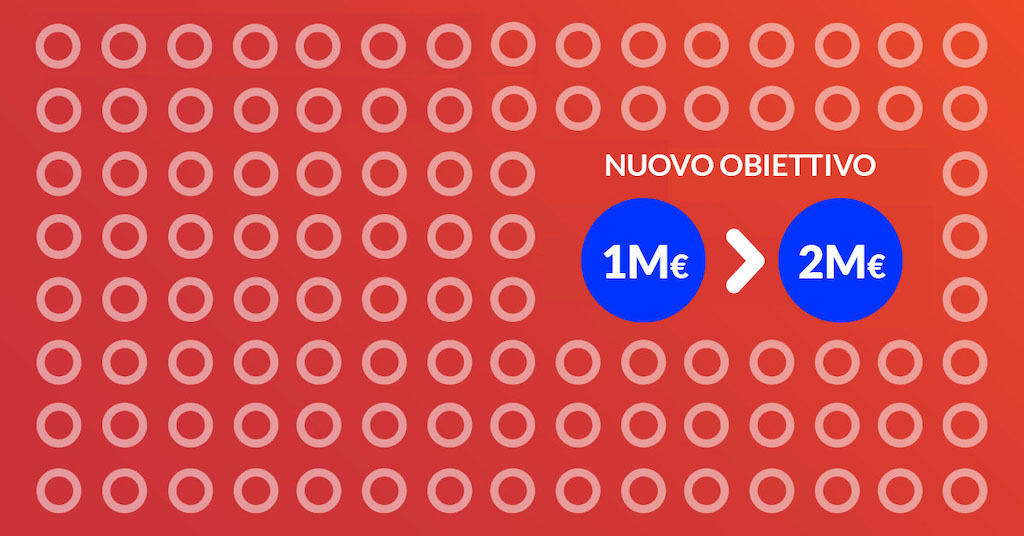 StartupItalia is already a record.

In less than a month since its launch, it has already become the Italian equity crowdfunding campaign with the most investors ever.

In 25 days StartupItalia has exceeded €1 million in signups, after reaching the first goal of €500,000 in just a few hours.
The company has therefore decided to extend the fundraising target to €2 million in order to involve the many investors who have shown a willingness to join even after the rapid surpassing of the previous target set at €1 million.

With the additional capital raised online StartupItalia will be able to develop more quickly the projects presented in the campaign and pursue more incisively the objectives described in the business plan.

Discover the StartupItalia campaign and invest