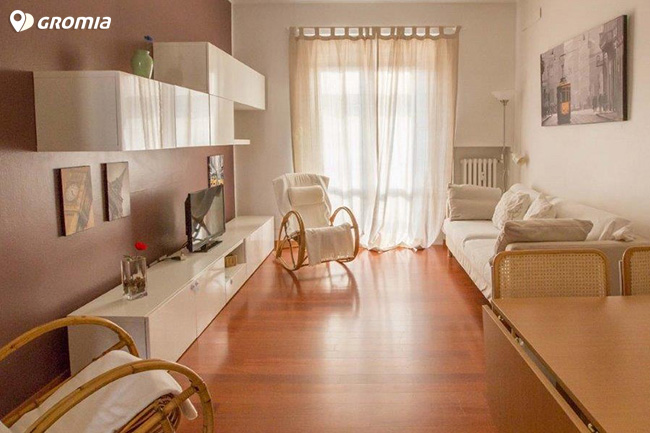 Gromia, the startup created to manage and rent medium- and long-term homes and rooms between individuals, has opened its campaign on our platform.

The company does not operate as a simple intermediary between landlords and tenants, but caters to those who own one or more houses and intend to rent them for medium to long periods, presenting itself as a digital platform for managing real estate rental payments. At the same time, Gromia allows tenants to easily find a home and facilitate relations with the property owner.

The rental housing market in Italy is still poorly digitized, and Gromia operates on individual cities, particularly Milan and Rome, to take advantage of their housing density.

Gromia operates on two markets by developing parallel businesses: that of transactions and that of so-called property management. In Milan, the volume of this market is given by about 101,000 homes put up for rent annually. Calculating the possible revenue per transaction of 598 euros, the potential market amounts to about 60 million euros. Similarly, the estimated market in Rome is about 75 million.

Thanks to crowdfunding, Gromia plans to bring its service to Turin and Bologna as well and enter the European market starting in Madrid, before expanding to other nations from 2019.

On the other hand, as far as property management is concerned, that is, intervention in administrative and financial management, the figures are calculated on average market values by applying, on average, a fee of 5 percent (as opposed to 10 percent for agencies) and estimates touch 97 million euros, in Rome 152.

Gromia's service has been operational since January 2015: in months, 67,000 users have searched or offered their homes on Gromia, with a total of 2,300 apartments. Over time, turnover has grown by 45% thanks to 124 successfully completed transactions.

From today you too can invest in Gromia, which is proposed as the easiest way to rent houses and rooms online in the medium and long term.