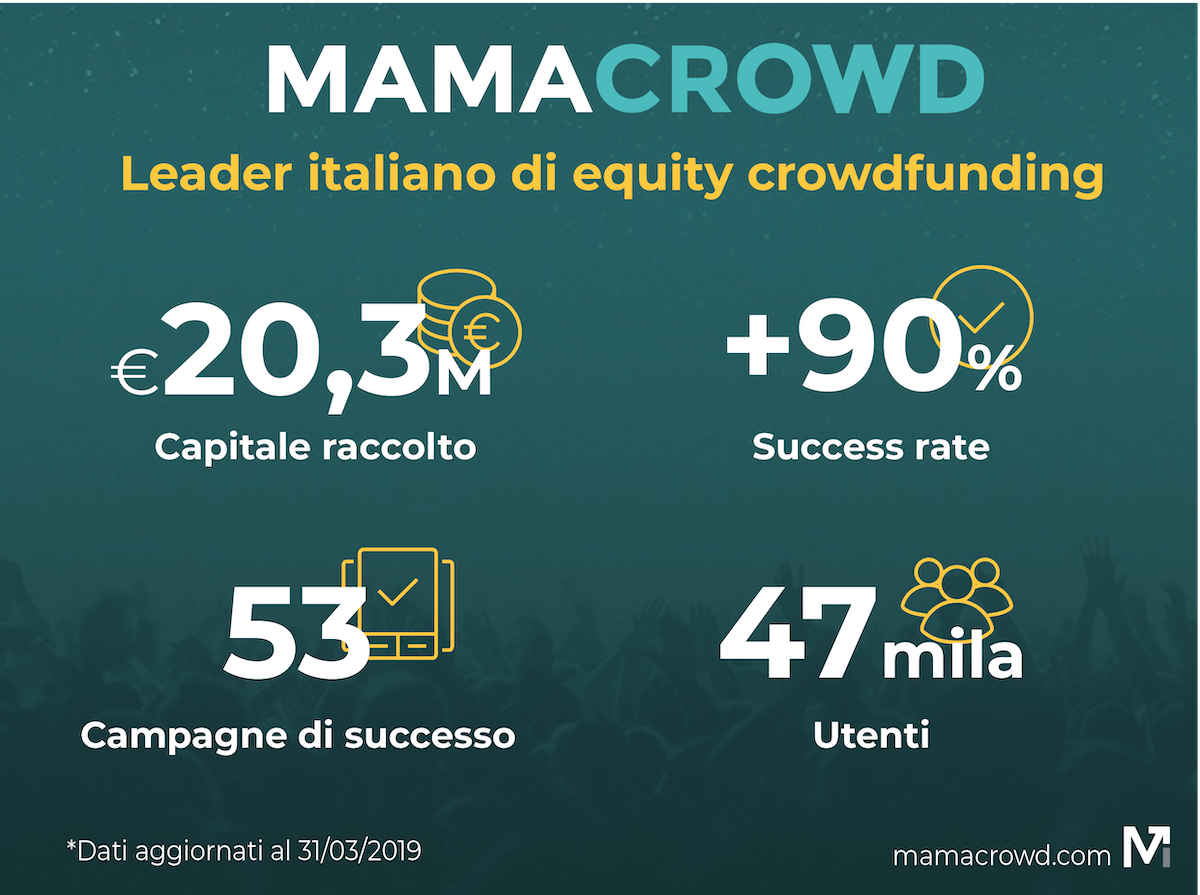 The quarter that has just ended was a record quarter for the Italian equity crowdfunding market, which raised over €13 millionin the first three months of 2019.
Mamacrowd pulled the sprint with €5.2 million(40% of the market) and the involvement of 2748 investors, thanks above all to two multi-million campaigns: StartupItalia and Green Energy Storage, with €2.8 million and €2.2 million of accessions respectively.

We are therefore confirmed as the leading equity crowdfunding platform in Italy in terms of capital raised, over €20 million, number of campaigns successfully closed (53), success rate, over 90%, and multi-million dollar campaigns (4).

In this quarter we also recorded an absolute record for the number of funds raised for a single campaign. StartupItalia totalled 2.85 million euros in endorsements, 570% overfunding and the incredible number of endorsers involved by a single company: 2261.

The collection of Green Energy Storage (GES) also stands out, with over €2.2 million in endorsements. The funds just raised are added to the million already obtained in the first campaign carried out, always on Mamacrowd, in 2017: with 3 million euros in total, we can proclaim GES as the company that has raised more capital on the market in Italy thanks to equity crowdfunding. This is also a great satisfaction that we take away at the conclusion of these first three months of 2019.

Equity crowdfunding is proving to be a suitable tool even for millionaire rounds, after the many successful cases of smaller fundraisings by startups in expansion phase. This is the umpteenth proof of the maturity of this channel, which has the ability to respond to the different fundraising needs of Italian companies and, at the same time, to offer the possibility to diversify their investments in companies with different values, maturity and development plans.

Numerous newspapers are talking about our 2019 quarter, including: