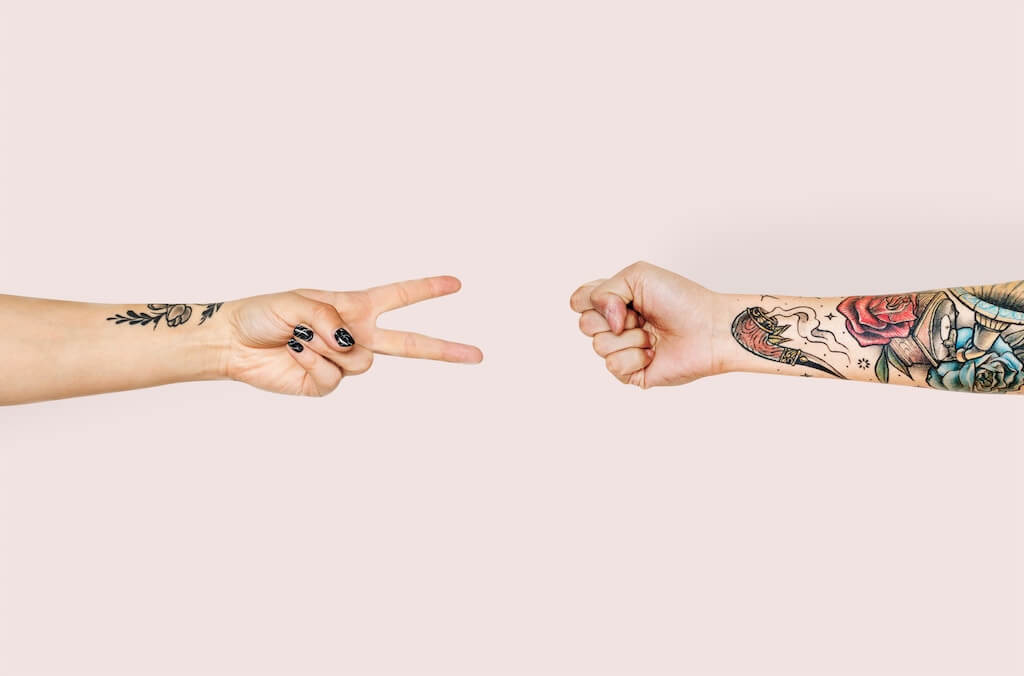 Market and tattoo: it's a match

Why invest in the tattoo industry? In 2017 it recorded a worldwide turnover of +50billion dollars, in Italy it is a real boom, with 300 million euros spent every year.

According to the Istituto Superiore di Sanità there are 7 million tattooed Italians, a figure that made Istat put the item "tattoos" in its basket.
The studios opened have grown by 200% in the last 5 years, going from about 1,300 centers to 4 thousand registered in 2017, according to Unioncamere data. In this scenario there is also a good presence of young companies: in fact, half of the studios present in our country refer to companies under 35.

Inkdomefills a gap in the market, finding the best artist for each style of tattoo: in fact, Inkdome's virtual assistant recommends users the best tattoo artists for their idea, putting them in exclusive contact.

By sending a photo with their tattoo idea, the algorithm proposes the best tattoo artists for the requested style, in the indicated geographical area.

The tattoo market is very interesting because the average cart is high, amounting to more than €400, and has a high retention potential: in fact, 50% of people have more than one tattoo, with an average of 3 tattoos, and only 12% have a trusted tattoo artist.

Social networks, especially Instagram and its influencers, play a decisive role in the spread and exposure of tattoo culture.
Famous throughout showbiz is the Bang Bang Forever studio in New York, whose founder has also tattooed Rihanna, Justin Bieber and Cara Delevigne: here, the studio fee alone is $500.

Tattoo styles are very different and require different and specific skills and training: among Botanical, Cartoon, Outline, Old school, finding the right tattoo artist for your style is a tough challenge, which word of mouth and online searches do not always succeed in winning.

Inkdome's algorithm helps matching and exclusive contact between people and the best tattoo artists for your idea.

In just a few days the campaign has already reached 104% collection, exceeding the first goal: discover it and invest.