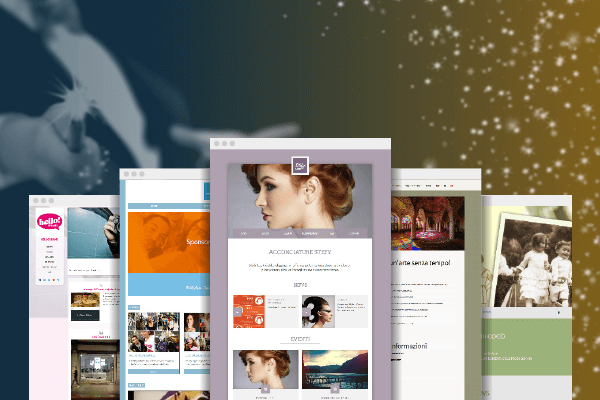 Last days of campaign for Majeeko, the digital startup that helps SMEs and micro-businesses to build and keep updated their website thanks to the content already produced for the company's Facebook Page.
It has already raised 110 thousand euros, reaching 110% overfunding compared to the minimum capital required > go to Majeeko's campaign

Business and strong growth metrics
2017 revenues grew by about 2.5 times compared to 2016 and customers by +150% on the previous year. More than 80,000 entrepreneurs have already used the platform and, in 2017 alone, more than 95% of customers have confirmed the service.
Strengthened by a portal already available in 12 languages, in 2018 Majeeko aims at further internationalization starting from Germany, France, England and Spain.
The European market in which it operates allows wide margins of growth: 75% of the 50 million Facebook pages in fact do not have a website, 79% of sites have not been updated for at least 12 months and 50% of companies still do not have an official website.

The partnership with the giant OTE Group
OTE, the leading Telco in terms of turnover and number of customers in the Balkan area, has chosen Majeeko as its partner for the digitalization of SMEs. In Greece alone there are over 1.5 Million Facebook Business Pages administrators. The agreement is part of the startup's strategy to distribute the service through high-level partnerships, such as those already started in Italy with ItaliaOnLine and TIM.

New agreement in England
A new white label agreement has been concluded in a strategic country, England, for the international development of the startup. The partner is a network marketing company based in London that has over 20 thousand agents in the world and more than 8 thousand in Italy. Each affiliate of the network will have the opportunity to create its own website with Majeeko.

Facebook: Majeeko, a success story
Facebook has selected Majeeko as "Success Stories" for its Business section, dedicated to the best companies that have been able to achieve high performance results thanks to their marketing tools. The startup will be the protagonist of an in-depth analysis to present its high-tech solution and its fast-growing business model.