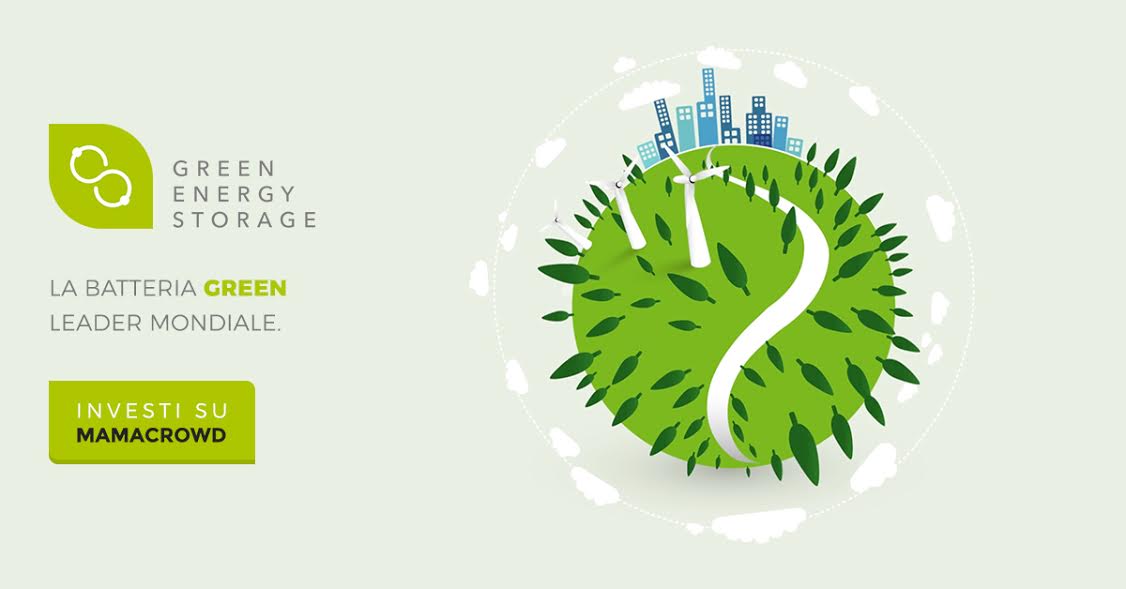 A new company launches an equity crowdfunding offering on Mamacrowd.
This is Green Energy Storage, the world leader in organic batteries. On the strength of an exclusive agreement for Europe with Harvard University, it has developed an organic storage system for renewable energy based on quinone, a molecule found in rhubarb and other plants. He has already collected funding from the European Union through the call Horizon 2020.

Go to the profile of Green Energy Storage

The storage systems allow to use the energy produced from renewable sources with flexibility, solving the problem of intermittency and reducing costs. Compared to traditional lithium-based batteries, the fluid batteries developed by GES can be used on large-scale plants, have a competitive production cost, higher safety standards and have a completely green disposal process.

From an experiment at Harvard University on a 1 Watt scale, GES has developed a working 3KW prototype, already in the testing phase, with potential applications ranging from domestic use to large-scale industrial plants.

The team is composed of managers and entrepreneurs with thirty years of experience and is supported by a scientific committee composed of professors from Harvard University, the University of Rome Tor Vergata and Fondazione Bruno Kessler, as well as the work of 15 researchers.

GES has signed testing agreements with Sorgenia and Romande Energie and partnerships for product development with Industrie De Nora, a world leader in the production of electrodes.The global market for storage systems is estimated at between $200 and $400 billion by 2022 with Europe representing the largest slice with a value of up to $160 billion.

The Paris Conference on climate change at the end of 2015 has set the reduction of 50% of carbon dioxide by 2030 and 90% by 2050: the storage systems today are the main solution to pursue this goal. Bill Gates, who at the same event cited flow batteries as one of the most important trends of the future, has formed, along with Bezos, Branson, Jack Ma, Zuckerberg and Soros, an investment fund of more than $ 1 Billion in favor of these technologies.

We remind you that the investment in Green Energy Storage, as an innovative startup, enjoys the new 30% tax deduction, both for individuals and legal entities.