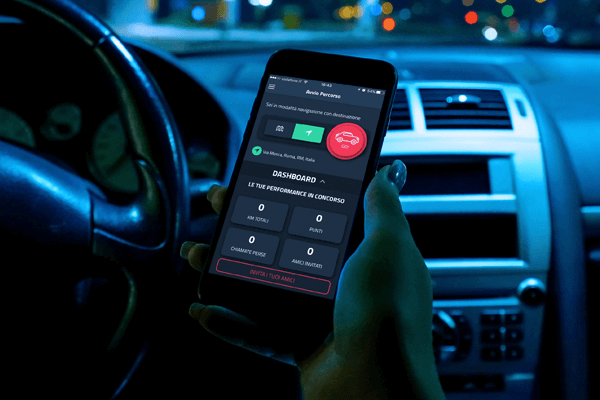 Gamification and rewards for road safety

Rewarding virtuous drivers to reduce road accidents caused by mobile phone use while driving. This is the high social impact goal of Smartphoners, the app that encourages drivers not to be distracted.

Despite numerous awareness campaigns and increased penalties for offenders, the last 5 years have not seen significant reductions in accidents in Italy and Europe.
Statistics report that as many as 90% of road accidents are caused by bad habits such as using a mobile phone while driving (source: Dekra, 2016).
The social cost related to accidents is also impressive: for the 181 thousand accidents that occur every year in Italy, a record 25 billion is reached, including health, administrative and infrastructure costs.

The Smartphoners approach is constructive and overturns the traditional model of repression and driving sanctions, creating instead a rewarding mechanism based on the logic of gamification to encourage virtuous driving, both by car and on two wheels.

Users who participate in the game receive points for every kilometre travelled without using their mobile phone, points which are then converted into prizes.
During 2018, for example, discounts were offered on medium and long-term car rentals, with Europcar and The Hurry, and scooter rentals (Cooltra); safe driving courses in partnership with Aci-Sara and discounts and petrol vouchers at ERG stations were also given as prizes.

In addition, by using the app, drivers provide feedback in the form of data, useful for profiling on the basis of their behaviour.
It took 36 months of development to finalise the advanced proprietary algorithm for data analysis, which exploits the smartphone hardware to collect data on users' driving styles, such as distraction, fatigue, speed, braking distance, road quality, driving hours and more.
For insurance companies, the results of the data analysis are valuable in creating a more equitable differentiation of their customers' CAR premiums.

The exclusive award format has been registered with SIAE and represents a competitive advantage for Smartphoners, creating a barrier to entry for new entrants.