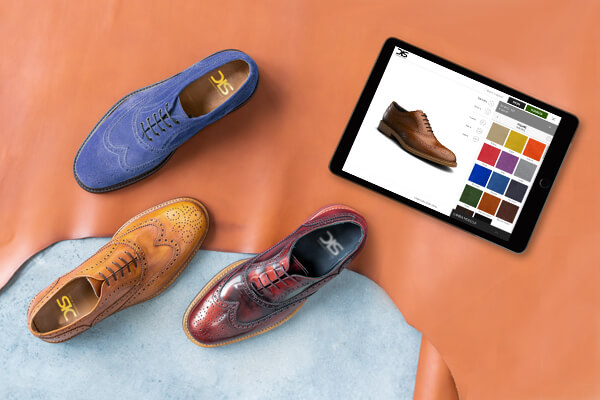 The growth of Design Italian Shoes, the fastest service in the world for customized shoes 100% Made in Italy, continues. With 66 thousand euros of adhesions, it has already exceeded 60% of the collection > discover the campaign and invest

Great success of the company at MICAM 2018, the most important international fair in the world dedicated to the footwear sector, where it closed important agreements for theopening of new stores, one in Mongolia and two in the United Arab Emirates. Confirmed the attention of the Asian world, with Japan and South Korea leading the way: on the occasion of the fair, negotiations were started with two of the most important players in the market looking for customised quality sneakers.
There was also an excellent turnout from the northern European market, with excellent prospects for entry into major chains in Germany, Austria and Holland. Lastly, important negotiations have begun with a distributor in the Arabian Gulf.

A public and commercial success that confirms the validity of the export model of the made in Italy of the startup from Marche: the number of visitors to DIS booths has increased by80% compared to last year, as well as the attention of international buyers and department stores, increasingly looking for quality and innovation to counter the crisis of the traditional retail model.

The company also inaugurated its first pop up store in the fashion district Ginza, at the important department store Isetan Mitsukoshi, which counts 80 stores and 55 million shoes sold per year.

Thanks to theinnovative 3D configurator developed by the company, customers will be able to create their own personalized shoe by choosing from over 50 million combinations, which will be produced in just 10 days by the best Italian craftsmen in the renowned Shoes Valley of the Marche region.

Important results that will allow Design Italian Shoes, which in the first half of 2018 had a turnover of 230 thousand euros and already has 50 international stores, to further increase its business and continue to bring the Italian excellence of the world.

Discover the campaign and invest