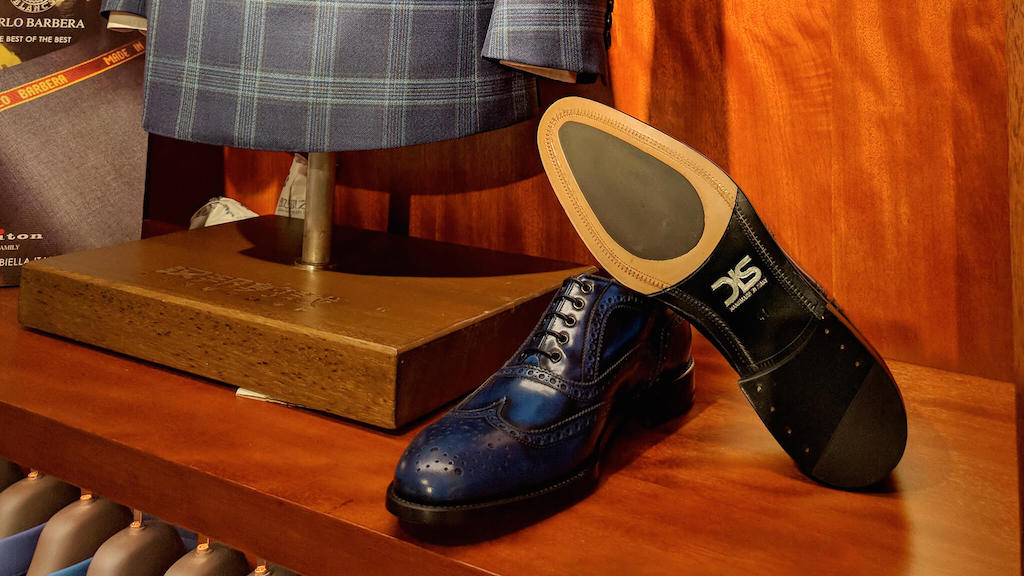 Design Italian Shoes is the fastest technological solution able to sell Made in Italy bespoke and personalised footwear worldwide through both the online and retail channels. A few days after its launch, it has already collected over 35 thousand euros of adhesions > discover the campaign and invest

The company closed the first half of 2018 with a turnover of 230 thousand euros, recording a growth of +99% compared to the same period in 2017. The average monthly turnover of the active corners has more than tripled compared to last year, arriving at the definitive validation of the B2B target, which it addresses with international tailors and department stores.

The photorealistic 3D configurator, beating heart of the proprietary technological platform developed by DIS, allows the 18 thousand users already registered on the platform to create a completely customized shoe, choosing among more than 50 million combinations.

Customers receive their made-to-measure shoes, purchased on the web with just a few clicks or in one of the 50 affiliated international stores, in just 10 days: the production takes place in the renowned Shoes Valley of the Marche region, by artisan workshops where the know-how of master shoemakers has been handed down from generation to generation for 200 years.

Famous people of the past and present such as Obama, Madonna and Gianni Agnelli have chosen to buy theItalian excellence produced in the Shoes Valley. Now, thanks to DIS, these shoes can finally be purchased all over the world.

Thanks to an agreement signed with big Asian players, the company, which currently has 18 active stores, will reach 50 active stores by the end of September 2018, which will allow it to strongly increase the results already obtained in the European market and to expand further.

From September it will be on sale in China in the stores of the Handbond tailoring chain, which has 300 stores; in Japan in the fashion temple Isetan Mitsukoshi, with 80 stores and 55 million shoes sold per year. In South Korea it has signed a distribution agreement with an importer of Made in Italy fabrics: the first store in the country has recorded sales performance 5 times higher than European stores.

Through a unique proposal that combines Italian craftsmanship excellence with technological innovation, DIS is ready to revolutionize the world of custom footwear.